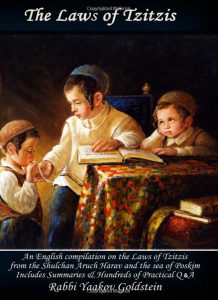 What is one to do with an old and worn out Kosher Tallis?

A Kosher Tallis:[1] A [Kosher] Tallis[2] which is worn out [but still contains Kosher Tzitzis[3]] is to be separated by the person from any use. One is not allowed to clean himself with it[4], or use it for any belittling activity. [Thus, one may not discard the Tallis in the garbage.[5]] Rather he is to throw it aside and allow it to deteriorate on its own. [This applies for all Talleisim, whether a Tallis Gadol or Katan. This applies even if the Tallis is made of a non-wool material, and is hence only Rabbinically obligated in Tzitzis according to some opinions.[6]]

What to do with the removed Tzitzis strings:[7] A Tzitzis string that has torn [or been removed] from the Tallis is permitted to be discarded in the garbage bin.[8] Some Poskim[9] however argue and rule that even after the string is torn from the Tallis one may not act with it in a belittling manner, such as to throw it into the garbage or any other repulsive area. Practically, although the final ruling follows the former opinion, nevertheless one who is stringent and meticulous in Mitzvos [to not throw the strings in a repulsive area] is blessed.[10] According to all opinions, the Tzitzis is not required to be placed in Geniza (and may hence be discarded in any area that is not repulsive).[11] However there are some extra meticulous Jews [a Baal Nefesh] who are stringent to place the string in Geniza, or to place the string into a Sefer to use as a bookmark.[12] [However one is not to place the string into a Sefer for Geniza purposes, without intent to use it as a bookmark.[13]]

[2] This refers to a Tallis that is worn for the sake of the Mitzvah. [Admur ibid] However if it is a garment that simply contains Tzitzis due to its four corners, then seemingly it may be used for other matters.

[5] See 2nd opinion in Admur 21:1 that equates throwing it in the garbage to a belittling activity; Rama 21:1; Orchos Chaim 34 in name of Raavad

The reason: Tzitzis are considered Tashmishei Mitzvah and not Tashmishei Kedusha. This means that they themselves do not contain any holiness and are simply used for the Mitzvah. [ibid; Megillah ibid]

[10] Admur ibid; Rama ibid [In the Rama ibid it is unclear if this statement of “is blessed” is going on those that place the Tzitzis in Geniza, or those that don’t throw it in a belittling area. However in Admur ibid he separates the clauses and learns it to be going on the latter. The practical ramification is whether according to the Rama one must follow the stringent opinion, or only that one who does so is blessed.]

Other opinions: Some Poskim rule that a torn Tzitzis has the same status as a Tallis that is deteriorating which may not be used for a repulsive purpose, or thrown in the garbage. [Birkeiy Yosef 21:1; Levushei Serud on Taz 21:3; Kaf Hachaim 21:2]

The reason: As all agree that the Tzitzis do not contain holiness to require Geniza. [ibid]

The reason: As one may not use a Sefer as Geniza. [ibid] Likewise, these strings are Muktzah if they are not designated as a bookmark, and hence cause people to move Muktzah on Shabbos.

[16] According to Admur ibid, from the letter of the law it may be used even for a belittling action and may be thrown even into the garbage, although one who is stringent is blessed