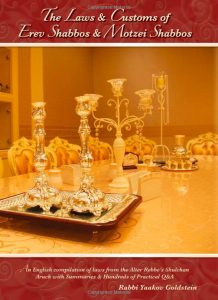 It is forbidden for one to establish[2] a large feast on Erev Shabbos, which one is not accustomed to eating during the week if the feast involves drinking alcoholic beverages.[3] It is forbidden to eat such a feast even on Friday morning.[4]

The law by a Seudas Mitzvah/Mitzvah meal:[5] The above prohibition only applies with regards to an optional feast, or a Seudas Mitzvah which is optional in terms of the date in which one must set it for, and it is thus possible for one to delay it to a later date. However, a Seudas Mitzvah which has fallen out to be eaten specifically on Erev Shabbos, may be set on Erev Shabbos, even if due to this one will be unable to eat the Friday night meal.[6] In such a case if one is unable to eat the Friday night meal, he is to eat three meals on Shabbos day.

A typical meal which is eaten during the week, which refers to a small meal which does not contain consumption of alcoholic beverages, from the letter of the law may be eaten throughout the entire day of Erev Shabbos, even close to sunset.[8] Nevertheless, it is a mitzvah to refrain from setting up such a meal from the beginning of the 10th hour[9] [of Shaaos Zmaniyos[10]] and onwards in order so one enters into Shabbos with an appetite to eat the Shabbos meal[11]. [Furthermore, in light of the above, there are those which are meticulous that even prior to the 10th hour they do not eat a typical weekday meal, but rather eat a very small amount, such as mere bread and one dip, and the like.[12] This especially applies in the winter months when the Shaaos Zmaniyos are very short.[13]]

To eat and drink on Erev Shabbos and Erev Yom Tov without making a set meal, [such as one who is eating a mere snack] is permitted to be done up until sunset and there is no need to refrain from doing so.

Erev Pesach: The above rule is with exception to Erev Pesach [in which from the 10th hour and onwards it is forbidden to eat any Matzah, even Matza Ashira, even less than a Kebeitza, or drink wine, even when being eaten as a mere snack and not in a form of setting a meal. However other snacks may be eaten in a limited amount.[16]]

[2] Vetzaruch Iyun on the wording of “to establish” as opposed to merely saying “eat”. Perhaps however one can say that this is going on the wording of the Gemara in Gittin 38b “Two Jerusalem families, one set their meal on Shabbos by time of the weekly Shiur, the other set their meal on Erev Shabbos, and both were uprooted”. Perhaps their harsh punishment was a result of a premeditated act of setting up the meal during that time, which is a greater effrontery then having simply eaten a large meal spontaneously at that time. Nonetheless even the latter would in truth be forbidden. Alternatively, the Peri Megadim explains [brought in Biur Halacha] that it is coming to teach that even if this meal is a onetime occasion, such as a wedding feast, it is to be avoided.

[3] Lit “Mishteh” The wording in Admur “a great feast that is a Mishteh” implies that he is defining the feast as one which involves drinking wine. However, in the Michaber the wording is simply “a great feast and Mishteh” implies that they are independent. Likewise, the Levush, which is the source of this additional wording of “Mishteh” at first writes as does the Michaber “and” although then goes on to define it like Admur “that is”. Vetzaruch Iyun. To note that the Taz 249:1 learns in Rambam that the entire prohibition of having a large meal is because it contains a set drinking of alcoholic beverages. Hence seemingly Admur is adapting this ruling of the Taz and is defining that a joint of alcoholic consumption is the definition of the forbidden type of meal. Vetzaruch Iyun as accordingly, a large meal without alcoholic consumption would be permitted, as rules the Taz in the Rambam, however Admur states that only a small meal that does not contain alcohol is permitted. Thus, perhaps one can answer that any meal with alcoholic consumption is forbidden, while all large meals are likewise forbidden according to Admur. Vetzaruch Iyun.

[4]The reason: The reason for this prohibition is in order to affirm that one will properly honor Shabbos, as if one were allowed to eat this large meal even in the morning he may satiate himself to the point that he will be unable to properly eat the Friday night meal.

[8] To note however from Rama 529:1 who rules that it is forbidden to eat past Mincha on Erev Yom Tov just like on Erev Shabbos. However here in 249 he brings no gloss on the Michaber which rules as does Admur that it is only a Mitzvah and not obligation. Vetzaruch Iyun. To note from M”B there [529:5] that the Rama’s wording is inaccurate.

Other Opinions: Others [Taz 249:1; Ketzos Hashulchan 69 footnote 6-in contradiction to his ruling in 69:3] however mention that the Mitzvah begins from 9 ½ hours into the day. [This seemingly means 30 minutes after the completion of the 9th hour which is in actuality 10.5 hours into the day. Hence they delay the restriction of starting a meal by a half hour. Possibly the reason for this is because that is the time of Mincha Ketana, and in numerous sources [i.e. 529:1] Mincha [Ketana] is mentioned rather than the 10th hour. Nevertheless, there still remains a question on the Ketzos Hashulchan ibid, which follows the rulings of Admur, in how he wrote in 69 footnote 6 that we refrain from the 9.5 hours when he himself clearly quoted Admur as ruling from the 10th. To note however from 639:20 which Admur mentions from “Mincha and above”. Vetzaruch Iyun as in 249:9 Admur clearly states “from the beginning of the 10th hour”

[11] The reason that by a small meal it is only a Mitzvah to refrain, while by a large meal with alcohol it is forbidden from the morning, is because a large meal satiates one a lot more, and thus there is suspicion that one may come to completely nullify the Friday night meal or will be unable to enjoy it at all. Likewise alcoholic consumption can also lead to nullifying the meal. However by a small meal without alcohol the only worry is that one may not have such an appetite to eat the meal This explains the contrast of reasoning’s mentioned regarding the prohibition of eating a large meal with alcoholic beverages in which Admur states as the reason “one will be unable to properly eat the Friday night meal”, and the reasoning mentioned behind the Mitzvah to refrain from eating a small meal from the 10th hour, which is so one have an appetite. [Ketzos Hashulchan 69 footnote 6] To note that the Michaber 249:2 mentions the reason of “so one have an appetite” regarding the prohibition of having a large meal. It is thus understood why Admur did not write this reason and rather wrote it as stated above.

[21] Meaning that the boy is turning Bar Mitzvah on Erev Shabbos.

[22] Mishneh Berurah 249:16; and so is implied from Admur 249:9 regarding Erev Shabbos and 529:2 regarding Erev Yom Tov as Admur simply writes one is not to establish a meal from that time. This is in contrast to the wording of the Rama in 529:2 as well as Admur in 471:1 which writes “not to eat” a meal from that time. This implies there is no limitation in beginning the meal prior to the 10th hour even if it will continue past the 10th hour. Seemingly the reason for this is because when the meal is started prior to the 10th hour, being it is a small meal, it will not commonly continue long enough for one to still not have an appetite by the time Shabbos comes. However, when begun past the 10th hour it is common that it will continue long enough to ruin one’s appetite for the night meal. Vetzaruch Iyun

[26] The Mishneh Berurah 249:14 writes that from the beginning of the 10th hour and onwards one is not to drink alcohol to the point that he is satiated, however he does not limit this to a Kebeitza worth. Similarly, Admur on 471:2 regarding wine does not limit wine to a Kebeitza worth but rather to either a very small amount or the amount that he can become satiated from it. Vetzaruch Iyun.