Chapter 20: Dovid runs away from Shaul

1. Dovid runs away from Shaul:

2. Dovid and Yehonason debate the threat from Shaul:

3. Dovid comes up with a plan to discover Shaul’s true feelings about him:

4. The Rosh Chodesh feast by Shaul and the confrontation between Shaul and his son:

5. Yehonason meets Dovid in the field: 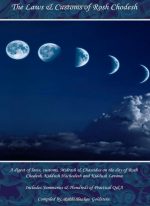