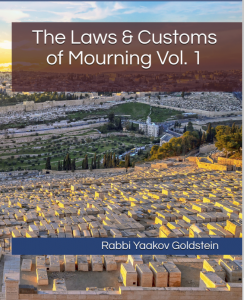 May women attend a Levaya?

Not to look at women after the Levayah:[11] Throughout the proceedings of the funeral and burial it is forbidden to look at the faces of the women attending the funeral/burial.[12] This applies while the women are at the funeral and when the women return from the funeral or burial. For this reason the men may not stand in front of the women when they return from the funeral, and they are not to greet them face to face. Rather the man are to follow either in back of them or in front of them. Upon returning from the funeral, the men are to exit through a different route in order not to greet the women. In the event that one comes to face with the women he is to skip four Amos [6 feet] from his current position, and if there is a river present he is to cross it. Alternatively, if there is another route, he is to take that route. If there is a wall he is to stand behind the wall until the women pass. If this too is not possible then one is to turn his face away from the women and say the verse “Vayomer Hashem El Ha Satan Yigar Hashme Becha etc” until all the women pass. (If however there are less than seven women present, there is no need to worry so much of this matter.[13])

[5] Rav Leibal Groner in reply to the author

[9] Rav Leibal Groner in reply to the author

[12] The reason: As the angle of death dances and walks in front of the women, and he has permission to cause them damage, as he ascends and prosecutes and descends and takes another life. [Admur ibid; Gemara ibid; Zohar Vayakhel 196]

Should a divorcee who was only married for a few months continue to light two candles by Hadlkas Neiros Shabbos, or should she only light one candle?

She should continue to light two candles.

With which hand is the Baal Korei to use to hold onto the Eitz Chaim of the Sefer Torah while he is reading?

Sefarim to Enhance your Shabbos

*Logged in members enjoy an ad free experience. To check out our subscription options and become a member click below