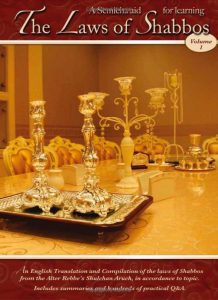 What are the reasons behind the Muktzah prohibition?[1]

The Sages prohibited moving certain items on Shabbos in the way they are regularly moved during the weekday.[2] The following are the reasons recorded:

[2] However to move them in an irregular way is permitted by all objects, as will be explained.

[4] As explained in chapter 302 that one may not run on Shabbos.

Why does the Rambam omit this reason: This reason is based on the Gemara ibid and it is hence most puzzling that the Rambam omits it. Some explain that the Rambam wanted to bring only his new innovated reasons. [Maggid Mishneh ibid] Others explain that the decree of Nechemia, which is the reason mentioned in the Gemara by the Raavad, only applied to a specific type of Muktzah, and this type of Muktzah is no longer relevan, as Nechmia later retracted his decree. Hence there is no reason for the Rambam to bring it if its decree is no longer applicable. [Aruch Hashulchan 308:5]

[8]Difference between the first and third reason: To summarize the difference between the 1st and 3rd reason: The first reason emphasizes the importance of making a  difference in all one’s actions done on Shabbos in order so it be clear the sanctity of Shabbos in all one’s ways. Hence they decreed against Muktzah which is one of the main proponents of making one’s Shabbos be different than the week. The 3rd reason however does not emphasize the need of their being a difference in all of one’s ways, and rather that as so long as in one’s general activity there is a difference between Shabbos and weekday there is no need to decree against Muktzah. Thus the working man which does not work on Shabbos does not require an additional decree of Muktzah to emphasize their rest on Shabbos. However the unemployed require the decree of Muktzah in order to emphasize their rest of Shabbos.

[10]The reason: As possibly this is included in the reason that lest one forget and carry the object.

The laws and Customs of Sefiras Haomer checklist