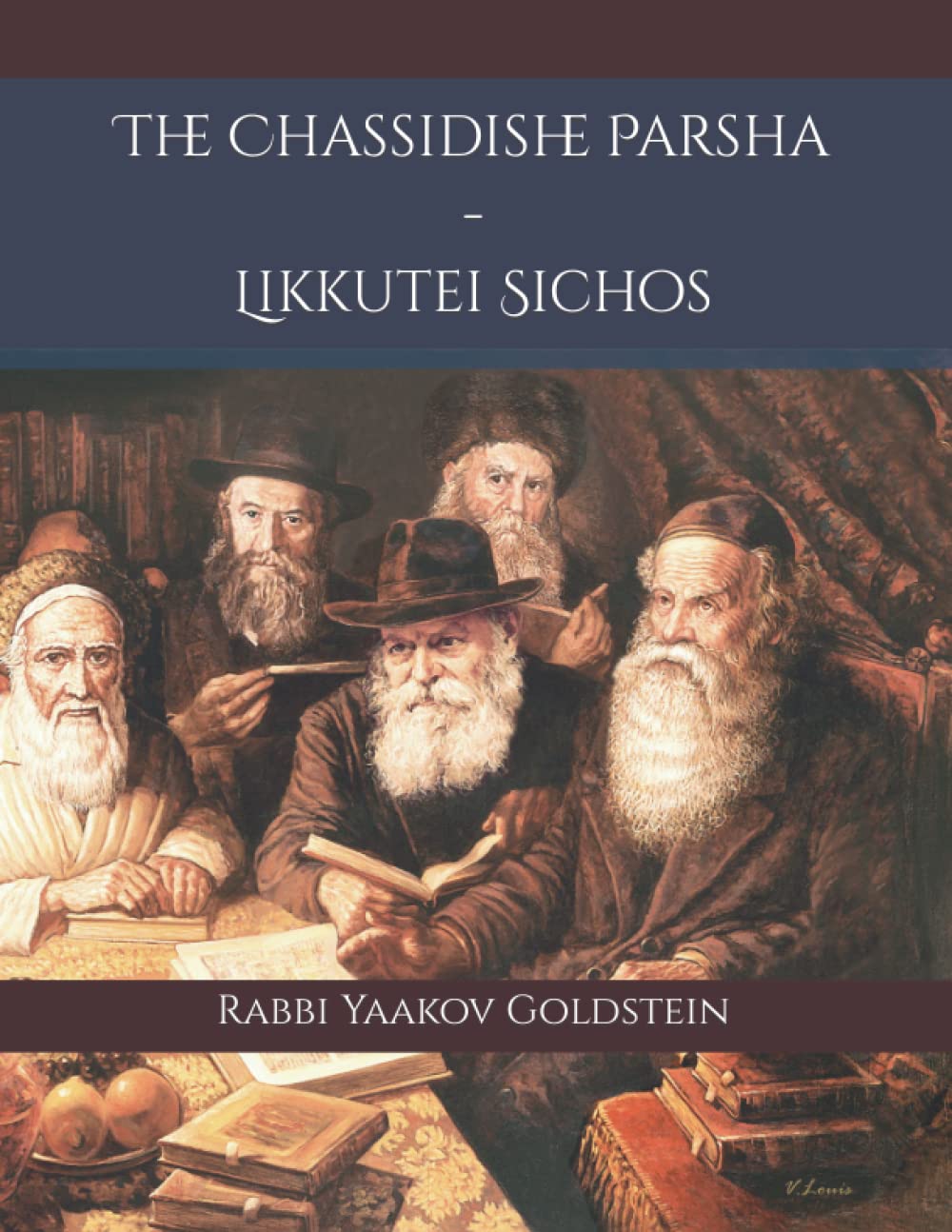 The Mitzvah of Tevilas Keilim

In Parshas Matos, Hashem commands Moshe to take vengeance against the nation of Midian, and kill all the men, and women who were involved in the sin. They took spoils from Midian and returned with many Kitchen utensils. The Torah discusses the distribution of these spoils and its condition of use. Elazar, the son of Ahron, commanded the Jewish people the laws of Kashering and Toiveling the vessels in a Mikveh, which allows the kitchen utensil of a gentile to be used by a Jew. Until this point, the Jewish people were not commanded either one of these Mitzvos. This Sicha analyzes why these commands were not given on previous occasions, such as after the conquest and subsequent taking of spoils of Og and Sichon. Also, what is the reason and purpose of immersing a vessel? The Mitzvah and requirement to Kasher a vessel, is clearly understood, as a non-Kosher vessel contains non-Kosher food inside of its material, and if one cooks in it, the taste of the non-Kosher food will enter his food, thus the need to Kasher the vessel. However, why do we immerse the vessel in a Mikveh? Is this due to laws of purity? Is the vessel of a gentile impure? Or do we immerse it due to a Kashrus concern, which is removed upon immersing the vessel? At the conclusion of this Sicha, we can derive a great lesson in Avodas Hashem as to the dangers found within having access to a potential sin, even if one does not sin in actuality.

1. Why did Hashem not command the laws of Kashering and immersing a vessel of a gentile after taking the spoils of Sichon and Og, and only did so by the spoils of Midian?

2. What is the reason for the Mitzvah of immersing vessels in a Mikveh?

3. If one caused himself to have the potential of sinning but did not sin, is he considered to have sinned?

In Parsha’s Matos, Elazar, who served as Kohen Gadol after the death of his father Ahron, commands the Jewish people the laws involving making use of kitchen vessels that were owned by a gentile. These commands are formally known as the laws of Kashering, and Tevilas Keilim. The reason for the positioning of these instructions in this area of the Torah is because the Jewish people had just successfully conquered the nation of Midian and taken their items as spoils. The Ramban[1] addresses the following question on the positioning of this instruction during this episode: Why were the laws of Kashering and immersing vessels of a gentile instructed specifically after the conquest and taking of spoils of Midian and not prior? There were prior wars in which the Jewish people conquered the gentile nations of Sichon and Og and took their items as spoils. Why then was no instruction given at that point in time as to what should be done with the kitchen vessels taken? Were the Jewish people misinformed of the above laws, and hence ate using these non-Kosher utensils?

2. The Jewish people were allowed to eat the non-Kosher foods of Sichon and Og:

In answer to the above question, the Ramban explains as follows: During the engagement of war with the nations that were to be conquered and have their land taken as an inheritance, the laws of Kashrus were suspended. Chazal[2] state that it was permitted for the Jewish people to take and make use of any of the objects of the conquered nation, including their non-Kosher food. It was even permitted for them to eat pork and other non-Kosher foods, as all the spoils of these lands which they inherited became Kosher. This law however was only applicable towards the lands of inheritance. However, Midian, which was not an area designated to be inherited by the Jewish people, did not contain this allowance to partake in spoils of non-Kosher food. For this reason, the vessels of Og and Sichon did not require Kashering, as the vessels contained non-Kosher foods that were considered Kosher. However, the vessels of Midian contained non-Kosher food that was never permitted to be eaten, and hence required Kashering.

3. Why were we not commanded the laws of immersion after the battle of Sichon and Og?

The Mefarshim[3] ask the following question on the answer of the Ramban. The answer of the Ramban suffices to explain why the laws of Kashering were not taught after the conquering of Sichon and Og, although fails to explain the reason the laws of immersing vessels was not discussed prior. The Torah only suspended the laws of Kashrus from the spoils of the lands of inheritance, and not any other law. Immersion of vessels is seemingly not a law of Kashrus but a law of ritual impurity, that the vessel is considered impure until it is immersed in a Kosher Mikveh. Therefore, even new vessels of a gentile require immersion, even though the vessel is Kosher. In the words of the Yerushlami[4], “Being it left the impurity of a gentile and entered the holiness of a Jew; it must be immersed.” If so, why then were we not commanded this law after the conquest of Sichon and Og?

4. Is immersing vessels a Biblical or Rabbinical command?

The obligation of immersion of vessels is disputed amongst Poskim as to whether it is of Biblical or Rabbinical origin. Some Poskim[5] rule that the Mitzvah of Tevilas Keilim, immersing vessels, is a Biblical obligation. Other Poskim[6] rule the Mitzvah of immersing vessels is a Rabbinical obligation. According to this latter approach, the Mitzvah of Tevilas Keilim is not at all a Biblical command, and hence was not commanded neither by the war of Sichon and Og, or by the war of Midian. It is a Rabbinical prohibition of which the Sages found a hint for in the wording of the verse regarding the spoils of Midian. Nonetheless, the question would still remain in place according to the former approach, that immersion of vessels is Biblical. Furthermore, even according to the latter approach, why did the Torah hint to this Mitzvah specifically by the war of Midian and not by the previous battle. Most of all, why didn’t the Ramban even address this question?

5. Not all the Mitzvos were given by Matan Torah:

Unlike the common misconception, not all the 613 Mitzvos were given immediately by Matan Torah.[7] There were a number of Mitzvos that were given later on, even in the 40th year in the desert, such as the commands regarding inheritance, which were only given after the complaint of the daughters of Tzelafchod. Accordingly, it is possible that the time for commanding the Mitzvah of Tevilas Keilim did not yet arrive until after the war with Midian. The Ramban thus only addresses the aspect of Kashering, and why it was not mentioned earlier, as we already learned the concept of Treif foods prior to the war of Sichon and Og, and hence we should have already been told the laws of Kashering vessels at that time. However, regarding the laws of immersion one can explain that since it had never been discussed earlier one can assume that it was given for the first time after the war with Midian.

While the above explanation does answer the question, it does not explain why the Ramban did not feel necessary to write it, even though he does explain why the Mitzvah of Kashering was not written prior. We will thus introduce a novel explanation of the entire Mitzvah of Tevilas Keilim which will remove the question to begin with and show how it was answered by the Ramban’s initial explanation of Kashering. Rashi on the verse speaking of the obligation of Tevila writes that the Sages required immersion of the vessels in a Mikveh “to Kasher them from the prohibited foods.” This wording is quite puzzling and strange, as what does immersing a vessel in a Kosher Mikveh have to do with Kashering it from non-Kosher foods? Isn’t the requirement of immersion due to a matter of purity and impurity and not due to Kashrus concerns? The explanation is as follows: The reason the Torah requires a vessel to be Kashered is not because of some external impurity that is transmitted to the vessel by a gentile, and thus requires cleansing prior to use of a Jew, but rather due to Kashrus reasons. Now, what Kashrus concern can a new vessel of a gentile contain?

The answer is as follows: The mere fact that a vessel was owned by a gentile, and could have been used for non-Kosher foods, gives it a potential of being non-Kosher. It is this non-Kosher potential that the Torah thus requires one to purify the vessel from. One must immerse the vessel in a Mikveh in order to purify it from this state of being potentially not Kosher, even if the vessel was in actuality never used by the gentile. Accordingly, it is understood that since the non-Kosher foods of Sichon and Og were considered Kosher, therefore the vessels never had a potential of becoming not Kosher and subsequently did not require immersion. It was only by the war with Midian, whose non-Kosher foods remained under prohibition, that the vessels retained this potential and hence required Tevila.

[6] 1st opinion in Admur 323:8; Rambam Machalos Assuros 17:5, as understood by Rashba in Toras Habayis p. 155 and Peri Chadash ibid [however see Rashba in Teshuvah ibid and Aruch Hashulchan 120:1-3 for alternative understanding in Rambam]; Leaning explanation of Ramban Al Hatorah Matos and second option in Ramban on Avoda Zara 75b; However see Ritva on Avopda Zara ibid in name of Ramban that it is Biblical; Ran; Ritva; Or Zarua 1:359; Radbaz 34 that so rule majority of Poskim; Yeshuos Yaakov O.C. 509:4